I had to be in London for a business meeting. The hotel booked for us was a rather nice one if I may say so. The Andaz in Liverpool Street.

Andaz Liverpool Street is built on the site of the Bethlehem Hospital which housed the mentally ill at one point. Dating back to 1247, most people will know the institution by the name ‘bedlam’.These days as I learned it’s a swanky celebrity-baiting hotel with 267 rooms and celebrity guests including Beyonce and Lil Kim. So the right place for me to be 🙂 And if you are into romance: The hotel hosts a candlelit dinner in its 1901 restaurant once a month. Maybe some other time. 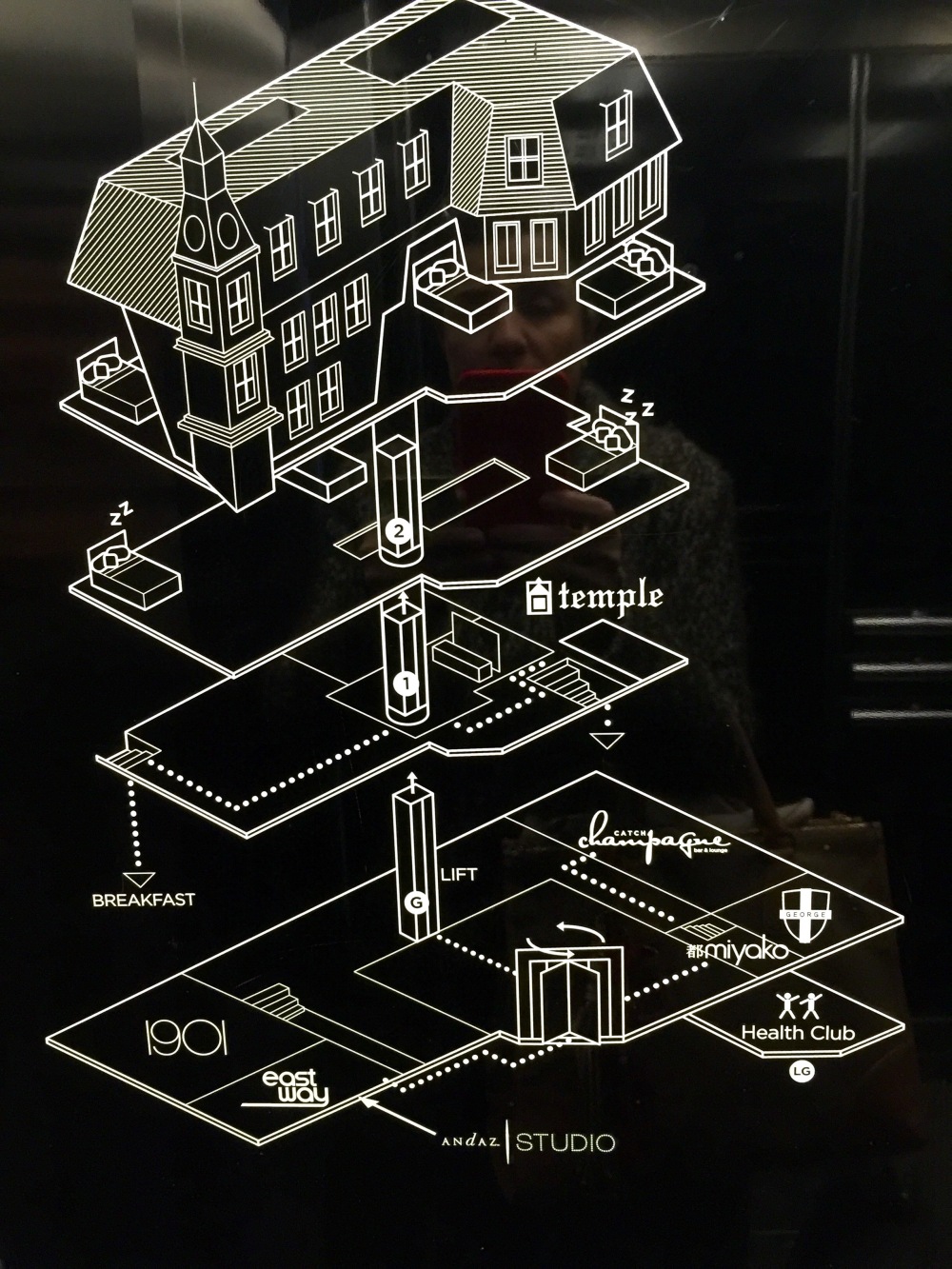 Interestingly enough when the hotel was renovated they found a Masonic temple …. Hmmmmm….. Which reminds me of my ex-boyfriend in Singapore who was a freemason who was learning his what ever laying next to me- don’t ask me! I forgot all about it. I even went to an annual ball in Singapore that allowed women as well… That was many many moons ago. Anyway coming back to the hotel. More here: http://www.atlasobscura.com/places/masonic-lodge-of-the-andaz-hotel

After a really nice and relaxed breakfast I had to go to my first meeting. And of course I have been told that London traffic is crazy and I should take a tube. Not sure why people believe that this is less crazy. Serious???? For no money in the world! I felt like a caged animal that was forced to move with the flow of the masses. No one stopped and all seem to head the same directions like machines.

I came to the platform to realize that all!!!! trains were totally crowed. I had to wait 3 more trains to get a spot and still it was super full. No one in the world an tell me that this is safe in case of an emergency. No one. Full, bad air, hot, packed.. …. The trade off is to much. Yes London is a capital, has great exhibitions and Berlin is small: but hey – who likes moving like a zombi and paying a lot for this as well? 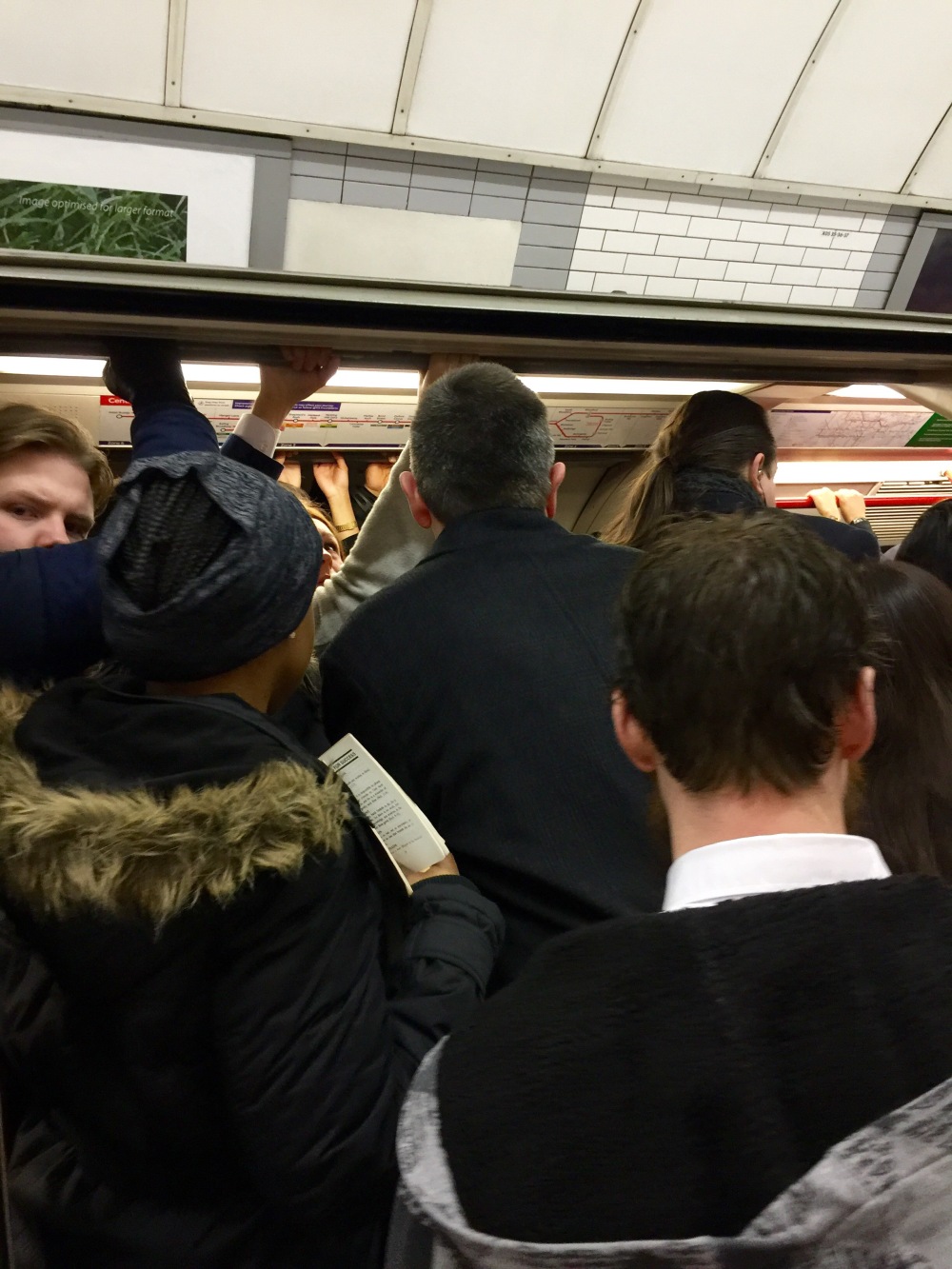 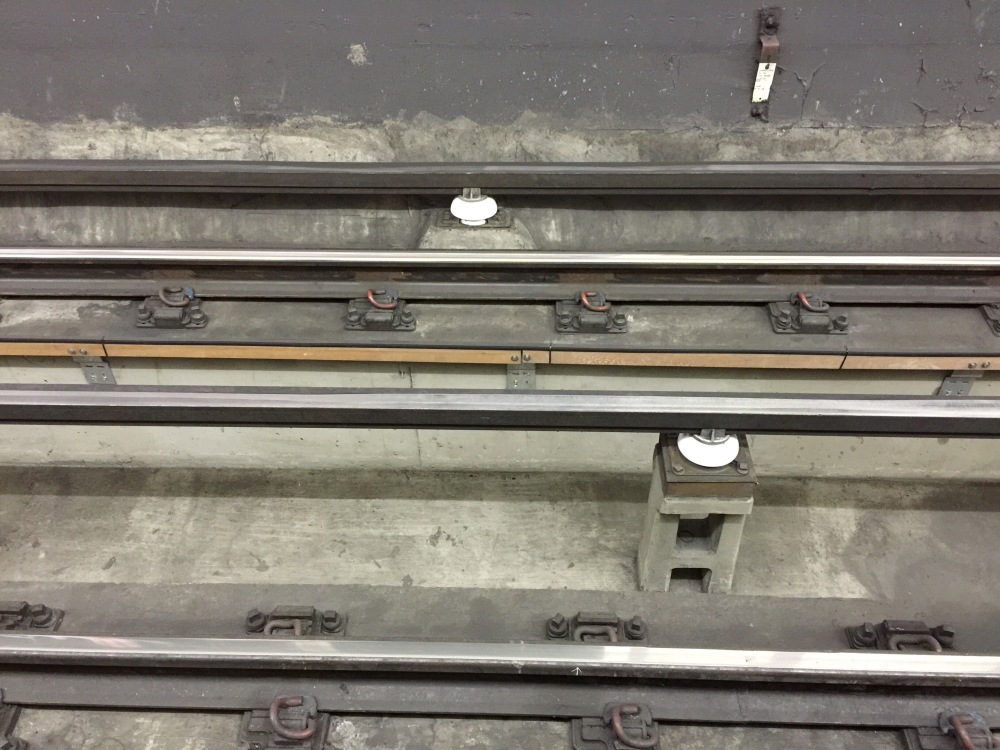 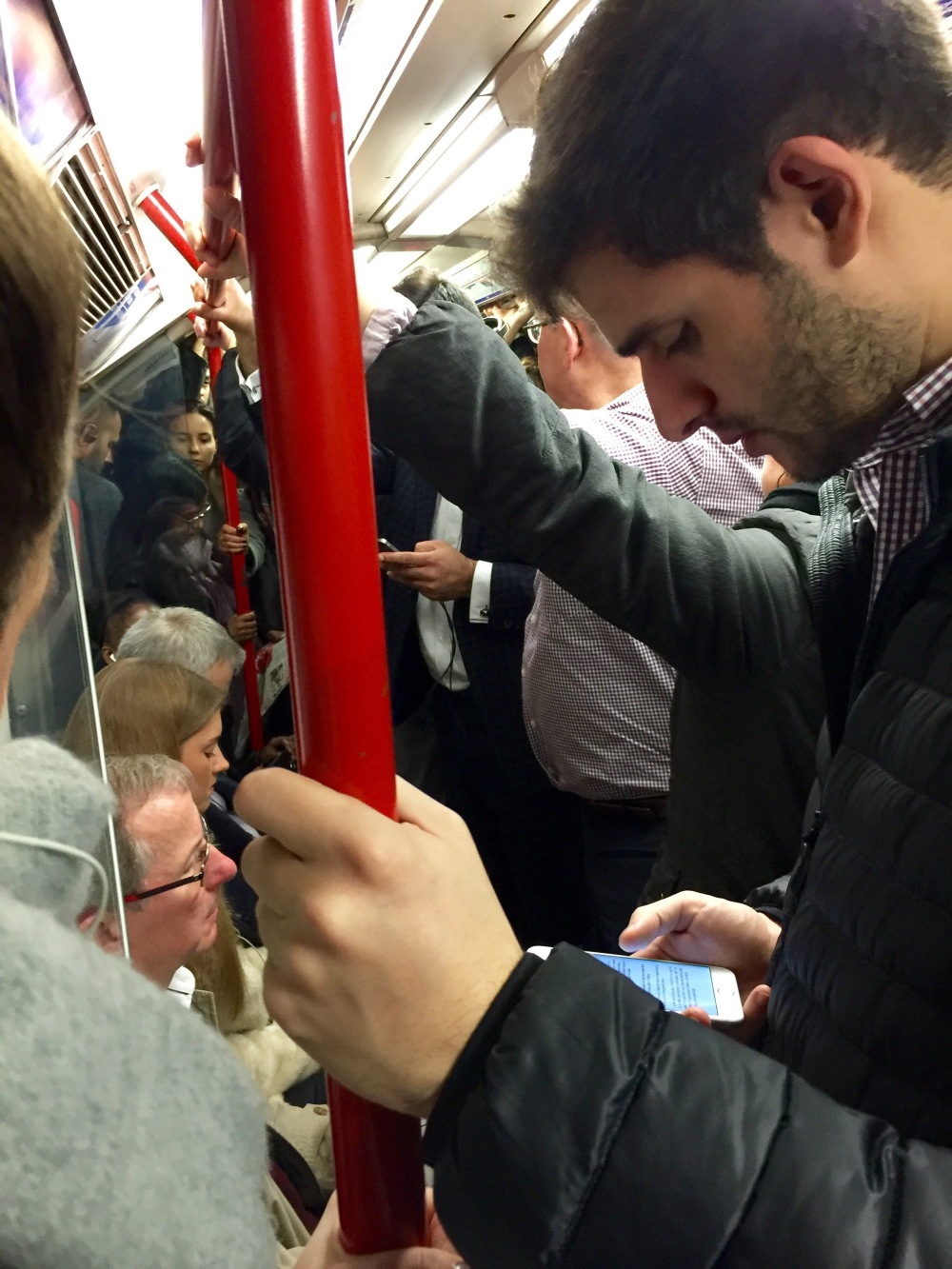 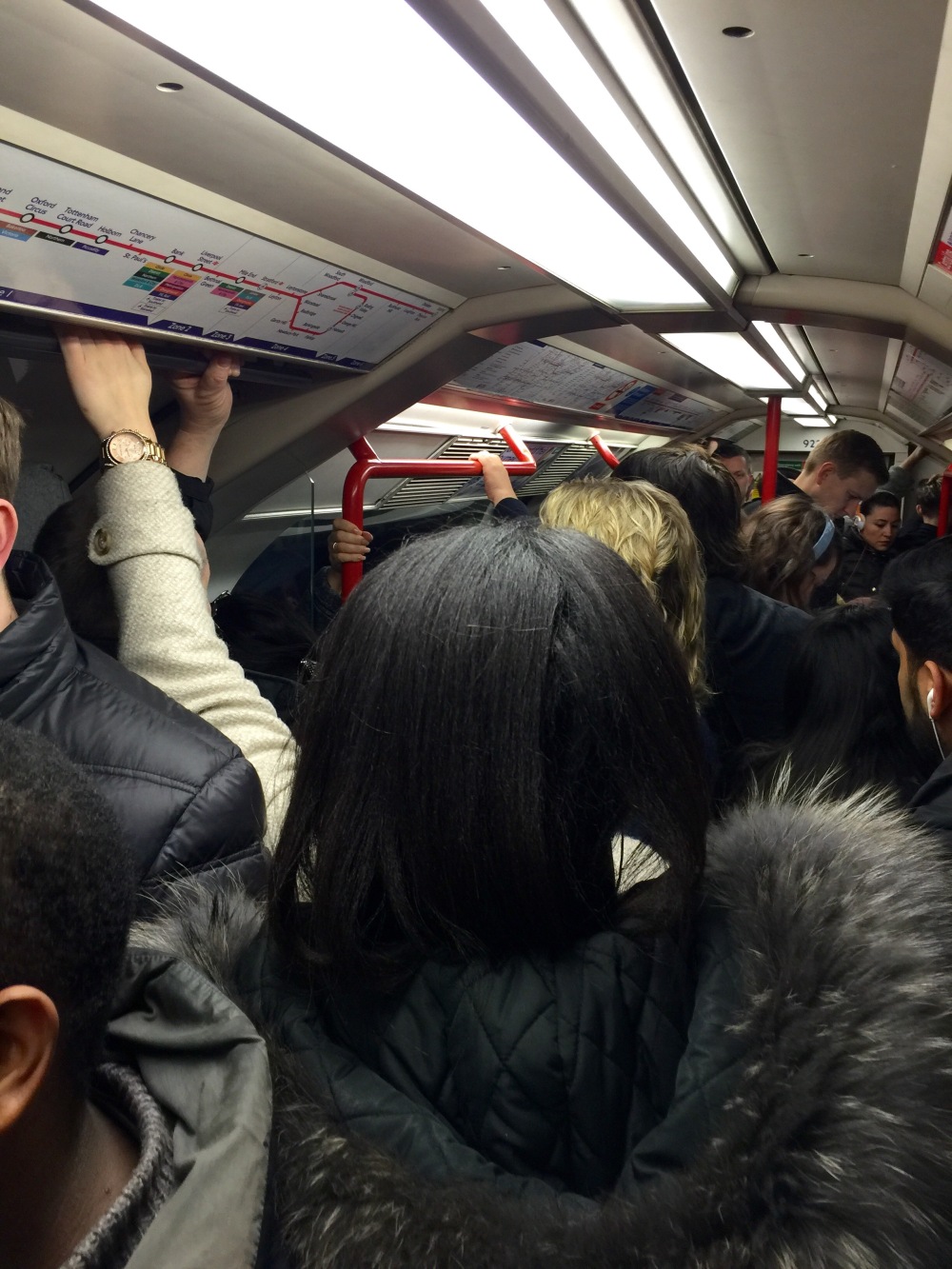 I had to change the tube to get to where I wanted to go. By the time I arrived I was stressed, sweaty and in a strange mode. Not for me! 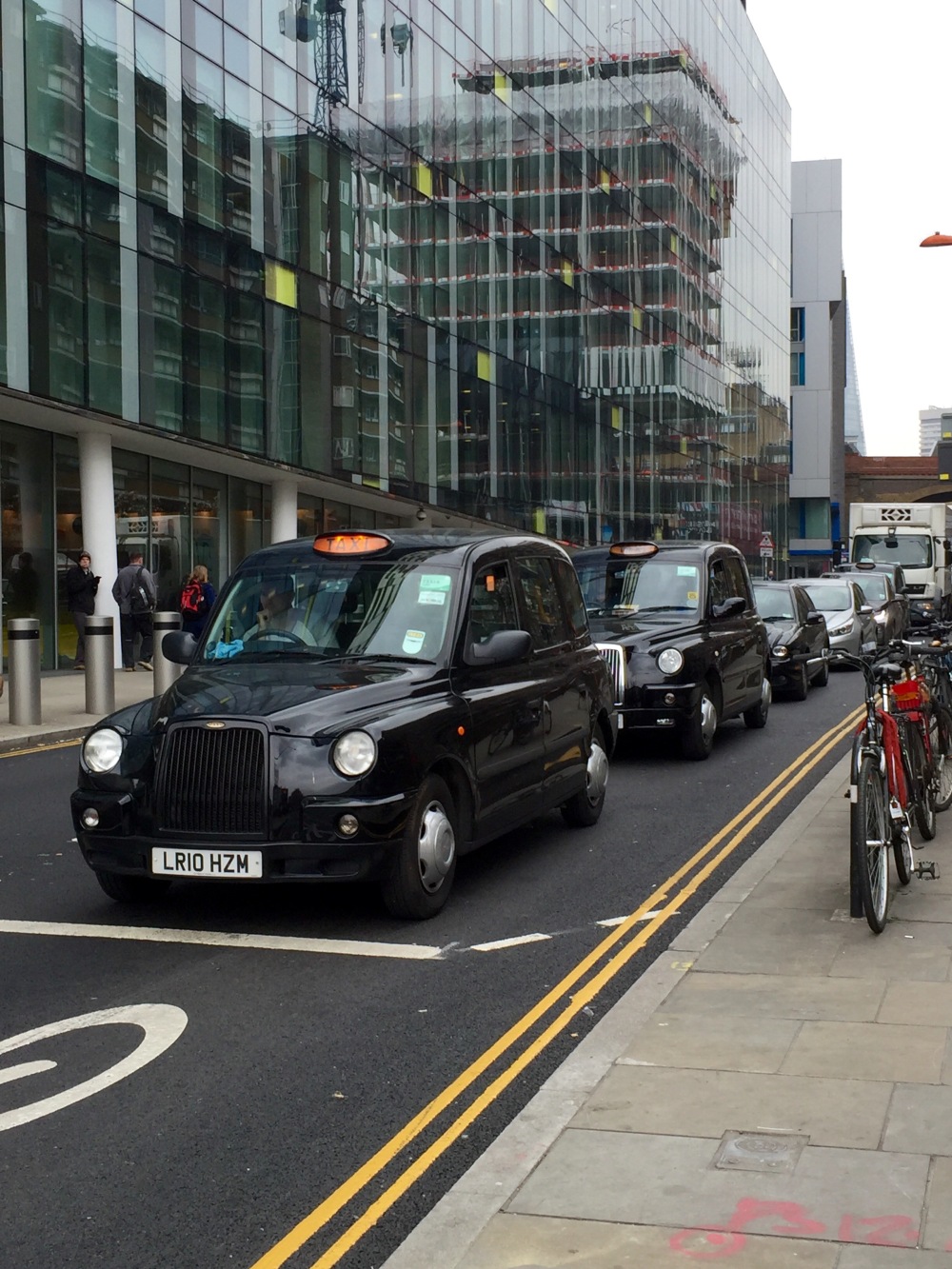 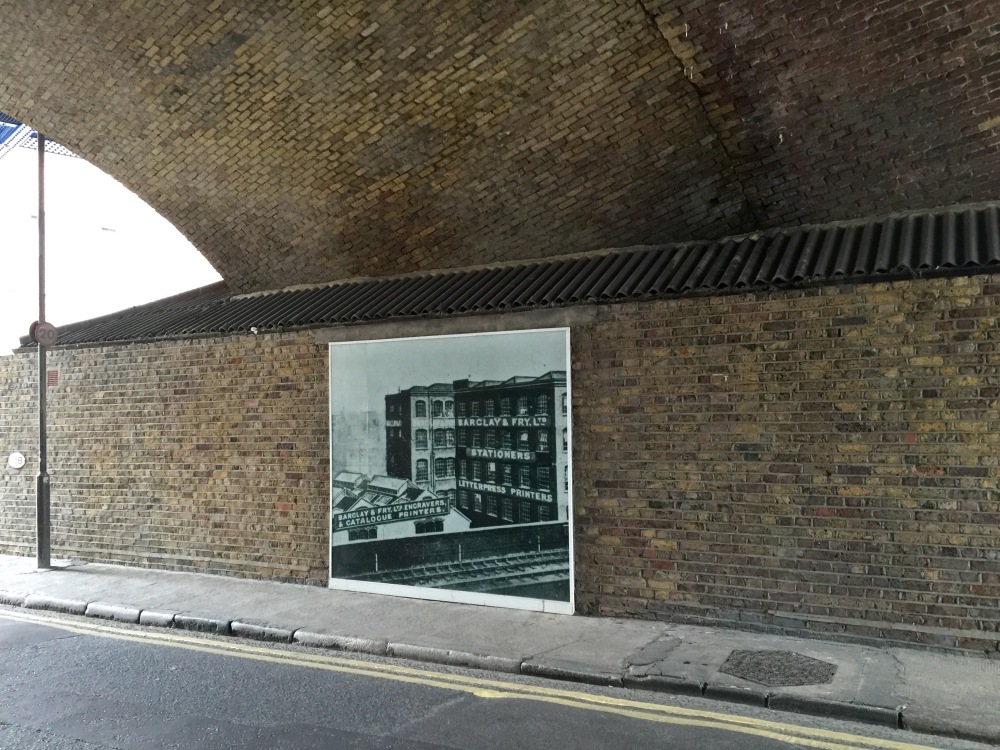 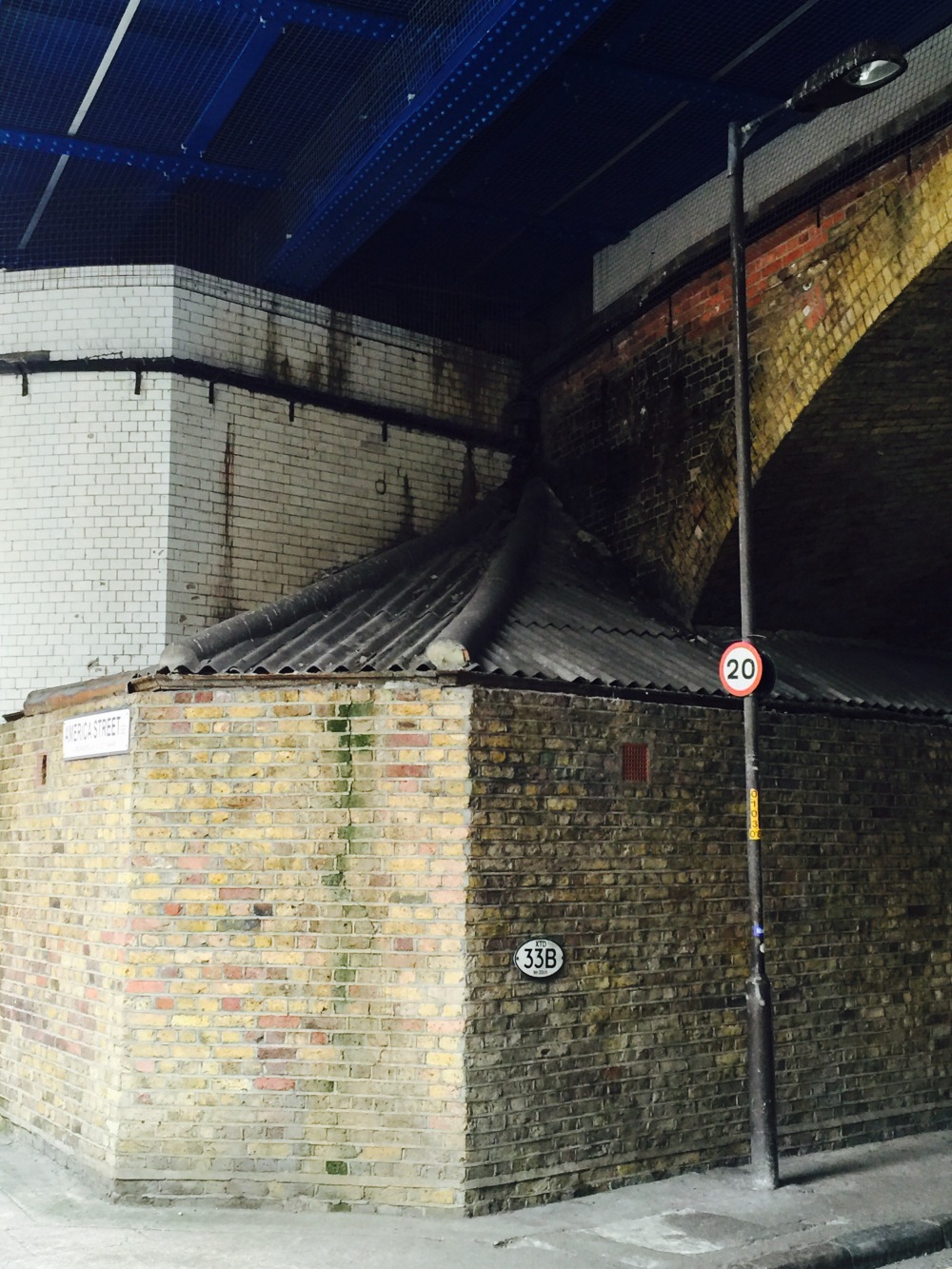